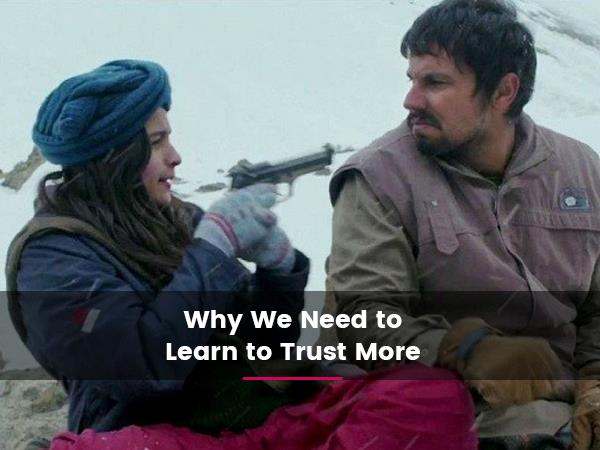 The journey began with a message from Redbus mentioning their women helpline number. I laughed inside, thinking “woman helpline”, sure!  Earlier in the day before boarding the bus, I had seen a TEDx talk by Shilpa Padhke based on her book “Why loiter”. In the talk, she spoke about how it is important for women to claim public space yet at the same time not denying how women get penalized for ‘stepping out” at odd times with odd people. An extension of this thought, I didn’t really think that this woman helpline would be of any help in case there was any emergency and I needed help during my solo trip to Udaipur!

I was feeling very uneasy; things were not going well with parents nor in my relationship. I tried to call my then boyfriend, but he didn’t pick my call. I texted him saying that I am not feeling well, to which he replied, “it’s okay you are strong you’ll manage” because well strong independent woman apparently doesn’t need help and can take care of themselves in all human and non-human circumstances.

I was sort of having a panic attack by now, the reason for the panic attack, there is always a first time right. I was over brewing and brewing over scenarios that didn’t exist and those that existed didn’t matter as much as I thought they did. It suddenly struck me how we have distorted notions of ‘strong’, I realized that being strong doesn’t mean not feeling anything, in fact, on the contrary, it means feeling all of those demonic things inside of you and facing them head-on, every fucking day! We think that people who feel emotions, express feelings or show vulnerability are weak or not strong enough. I speak with experience, as I was one of them for sure. Although over the years, I have come to an understanding that to feel is one of the strongest attributes one can have, because how else do we know that it’s too much until we feel.

Anyhow, coming back to me having a panic attack, where there was no breathing in only exasperated breathing out! I was travelling in an AC sleeper bus and was feeling extremely suffocated and as a coping mechanism, I started crying heavily, tears pouring down uncontrollably in helplessness. I needed fresh air, so I got off my seat and ran to the driver’s cabin, still crying. The driver and the conductor certainly noticed my presence and definitely my state, but didn’t utter a word. I asked them if I could sit in the cabin for some time, they immediately made space for me.

They realized that I wasn’t feeling well but all I cared about, at that moment was the fact that I could finally breathe but tears would still not stop pouring, my cup was certainly overflowing. I sat there trying to control the tsunami of my emotions while the driver and the conductor continued doing their thing and giving me all the space that I needed to calm down. I was certainly surprised by their behaviour, once some consciousness knocked in my head as I began to calm down. When I started to gain my senses back I realized that all this while both of these men had not asked me a single question. I saw that there was a cigarette packed on the dashboard and I really wanted to smoke one but wasn’t carrying any but didn’t know how to break the ice as we had not spoken to each other until this point. So I sat there is silence with my eyes all swollen up and struggling to see the road ahead. It was 3:00 am already, and the only three people awake on the bus were the driver, the conductor and I. It seemed like an exceptionally long night and the idea of going back to my cabin seemed daunting. The strangest thing was, that this wasn’t the first time I was travelling alone. In fact, I had been travelling ever since I was a toddler, but that’s the thing about travelling, every travel takes you on a very different journey and if you focus on the journey instead of the destination, it will most likely be a journey within.

The driver suddenly stopped the bus at some random place on the highway and asked the conductor to get tea and cigarettes. I didn’t take even a split second and immediately asked the driver if the conductor could get me some. To my surprise, the driver asked me which brand do you smoke? I was so restless and anxious that I didn’t care about anything and wanted to use cigarettes as an excuse to calm myself down. The conductor apologized for not getting the brand that I had asked for but got something closer, I thanked him. The bus started and the driver lit my lighter, we all exhaled our first puffs and there was a collective smoke of despair and comfort in the cabin. I started sipping my tea and felt much better. The driver finally asked me what had happened and why was I crying. I didn’t have a concrete answer, honestly, I didn’t know myself what happened, but told him whatever I could formulate in my head, and he simply nodded his head. It was almost sunrise time; the driver very politely asked me to go back to my cabin and rest for a bit as Udaipur was still a few hours away. I still couldn’t gather enough courage to go back to my cabin, so I asked if I could sit here for a while, he said yes very reassuringly.  For the next few hours, we all sat there in silence, listening to old Hindi songs and watch the road lit up as the sun came out. People had started coming out on the road for morning walks, shopkeepers started opening up their shops, parents dropping off their children to school, it was quite the beginning of a new day or the end of a really dark one, I couldn’t figure. I was tired by now and needed some rest. I politely thanked the driver and conductor and told them I would like to go rest now and left.  I went to my cabin and was almost about to doze off when two minutes later I heard a knock on the window, it was the conductor offering me a blanket.

I woke up a few hours later, we had reached Udaipur. I smiled at the conductor and the driver, there was a sense of familiarity, they had seen me in my most vulnerable moment, there was nothing to hide anymore, no pretence. I took out a note of 100 for the blanket to the driver and he got really offended and said I cannot take that from you. I asked him why? He replied saying, if I take money from you then I have not offered you help I have offered you a service and I had nothing to say but simply put the 100 rupee note back in my pocket.  As I was leaving, he gave me his card with his number and I asked me to call him if I needed any help in Udaipur.

What happened in Udaipur is a different story altogether but I remember, narrating this incident to a friend in Delhi, he laughed it off it saying that it sounded like an Imtiaz Ali film. Sure, it sounded like a film because, so to say, nothing went wrong as such, I wasn’t penalized or question or made to stand on a pedestal for the choices I made. On the contrary, it felt quite refreshing, it felt inclusive, I didn’t have to use the ‘woman helpline’ number.

I know, no matter how empowered or strong we may be or however many solo journeys we take, there is this anxiety that builds up in us, that’s why before choosing our destination we sometimes, research whether a certain place is safe for women or not. Although the recent study came to show that India is one of the most dangerous places in the world for women, my experiences differed from this report, and I was equally surprised. The driver and the conductor didn’t intervene in my panic attack but gave me all the space that I needed, physically and emotionally, as the journey ended with very compassionate fellow travellers.

Here is a link to Priyanca’s Instagram to keep yourself updated with her work!

“A Travel Blogger? You Will Never Have Stability In Life!” A Girl With Offbeat Dreams